Post-WWII Germany: Nearly a decade after his affair with an older woman came to a mysterious end, law student Michael Berg re-encounters his former lover as she defends herself in a war-crime trial.

Middle aged German barrister Michael Berg recollects to himself his lifelong acquaintance with Hanna Schmitz, a relationship with whom he never disclosed to anyone close to him. Michael first met Hanna in 1958, when he was fifteen, she thirty-six. The two had a turbulent summer long love affair, dictated by Hanna that their encounters would begin with him reading to her followed by lovemaking. Michael next encountered Hanna in 1966, when Michael, now a law student, attended the Nazi war crimes trial of six female former S.S. concentration camp guards, one of whom is Hanna. Through listening to the testimony, Michael comes to the realization that he is in possession of information which could save Hanna from a life in prison, information which she herself is unwilling to disclose. In deciding what to do, Michael is torn between his differing views of justice. 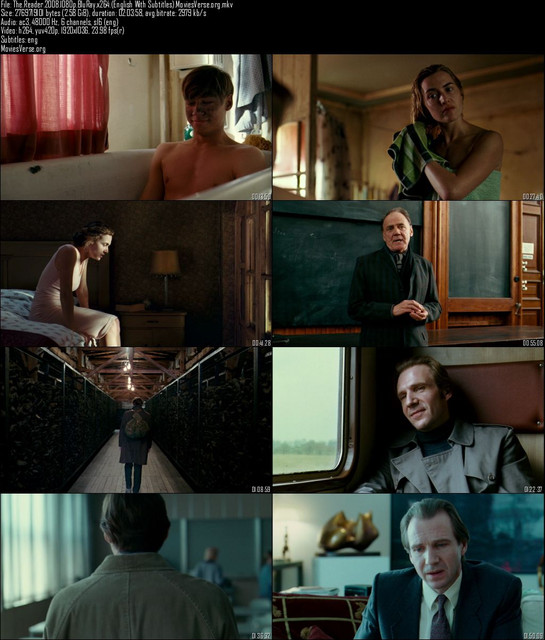